At age 33, Kyril Zlotnikov considers himself very lucky. He has lived through the devastating effects of the worst nuclear plant disaster in history, immigrated to Israel while barely in his teens, learned to speak and write Hebrew, and was accepted as a prodigy to the Jerusalem Rubin Academy of Music. Since 1993, with the other members of his group, the... 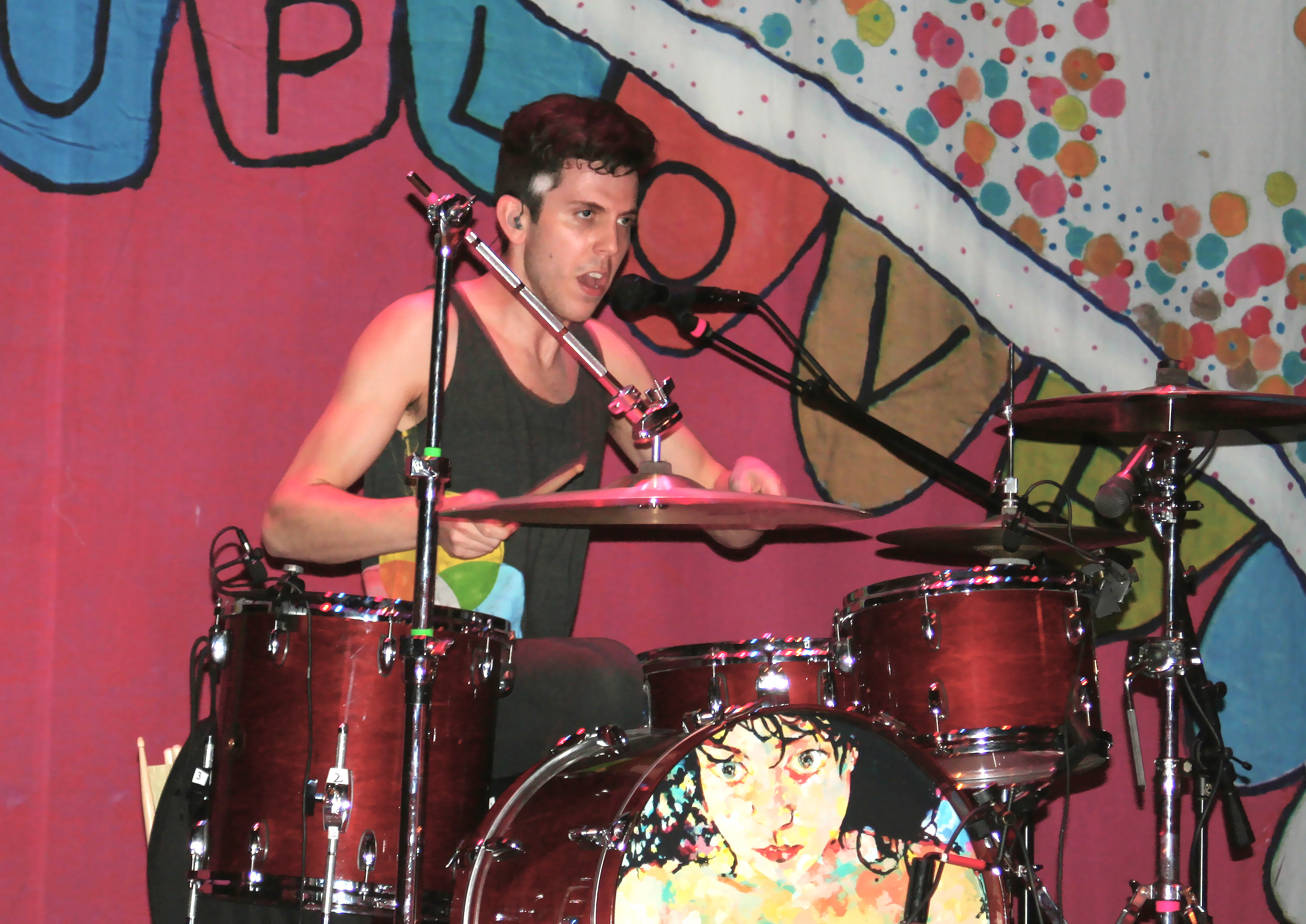 By ELYSE GLICKMAN (Special to the CCJN)

This past April, at Santa Barbara’s Lobero Theater, a few hours from the Hollywood Hills home where Ryan Rabin grew up, a crowd of teen and 20-something fans of his band Grouplove cheered rapturously through a set of songs, many culled from their album “Never Trust a Happy Song.” Though drummer Rabin kept the beat and the momentum going through their 90-minute set,...

The Louisiana Philharmonic Orchestra will present a special multimedia presentation “Here to Stay: The Gerswin Experience,” which hails the lives of the two Gershwin brothers – composer George and lyricist Ira – this Saturday night at the Mahalia Jackson Theater for the Performing Arts.

The show will feature never before seen photos from the Gershwin family along with rare video clips and state of the art technical effects to enhance...

TRANI, Italy (JTA) — Francesco Lotoro resurrects the music of the dead. Since 1991 the Italian pianist has traveled the globe to seek out and bring to light symphonies, songs, sonatas, operas, lullabies and even jazz riffs that were composed and often performed in Nazi-era concentration camps.

“This music is part of the cultural heritage of humanity,” Lotoro, 48, told JTA after a concert in Trani, a...

JERUSALEM (JTA) — Israel has selected the award-winning film “Fill the Void” as its submission to the best foreign language film category of the Oscars. The Israeli Academy of Film and Television chose “Fill the Void” as Film of the Year last week at the Ophir Awards, Israel’s national film awards.

The film, about a young haredi Orthodox woman from Tel Aviv who is engaged to be married but must decide...

The Komedy Kickoff fundraiser event for Baton Rouge’s Congregation B’nai Israel will now be held October 10 at the Baton Rouge Little Theater. The event originally scheduled for August 29 had to be rescheduled due to Hurricane Issac’s landfall on that same date.

This will be the second Komedy Kickoff fundraiser for the Reform temple and will feature John Dardenne, the son of Louisiana Lt. Governor Jay and Cathy Dardenne....

Shlomo Carlebach’s life comes to the stage in ‘Soul Doctor’

NEW YORK (JTA) — As he researched the complex life of Rabbi Shlomo Carlebach for a new musical, playwright Daniel Wise found a surprisingly candid source. Neshama Carlebach, a successful recording artist and popular performer of her father’s compositions, openly revealed his many struggles as “a lonely and conflicted” Orthodox rabbi — both rock star and spiritual shepherd.

“When someone collaborates on a show and at the...

WASHINGTON (JTA) — David Rakoff, a humorist who often wrote about American Jewish culture, has died. Rakoff, 47, died Thursday in Manhattan of cancer, a disease he has battled since he was 22, according to media reports. A frequent contributor to National Public Radio’s “This American Life,” Rakoff, a Montreal native, embraced his misfortunes with a cheerful negativity.

A book of his essays was named “Half Empty.” “Optimism is not for...

Justin Robinson Smith, a mixed-media artist, opens his new show tonight at the Second Story Gallery of the New Orleans Healing Center. Smith, a self-described tribal and abstract artist, has over 30 pieces that will focus and define his unusual artistic work.

The showing will be at the Second Story Gallery, 2372 St. Claude Avenue....

Editor’s note: In October of 2006,  prior to a fundraiser performance in Cleveland, I was fortunate to conduct a interview with Marvin Hamlisch. Through the courtesy of the Cleveland Jewish News, most of that article appears here.

Marvin Hamlisch’s credits read like American musical royalty, but, despite his many accomplishments, he is not content to sit on his laurels. He is happy when he is busy, and...

WASHINGTON (JTA) – Ruth Bader Ginsburg, the first Jewish woman to serve on the Supreme Court and a tireless advocate for gender equality, has died at 87.

A fierce jurist known for her outsized presence and outspokenness,...