For the High Holidays in 2022, synagogues are getting back to normal — whatever that means

(JTA) — The kids are coming back inside for Rosh Hashanah services at Temple Shir Shalom, a Reform synagogue in suburban Detroit.

Last year, in a concession to COVID-19, the congregation held its family services on a football field. This year, the services will take place inside Shir Shalom’s West Bloomfield, Michigan building, where other changes are happening, too. Masks are recommended but no longer required, and...

Why do we eat apples and honey?  It’s an answer you all need to hear.  Like the honey, the apples are sweet   To ensure for us all a sweet year.   But that’s not all of the foods That we eat at the head of the year. While simanim are ritually eaten, Their meaning is not always clear.   So, let us start with Rosh Hashanah If that is what you would...

Person in the Parsha: Shabbat Shuvah and Yom Kippur

“DO YOU HEAR VOICES?”

Do you ever hear voices?

I do, especially at this time of year.

It is now the period of time between Rosh Hashanah and Yom Kippur. This ten-day period is known as the ten days of Teshuvah, or repentance. During this time Jews become more contemplative, more serious, and more given...

As the High Holy Days approach and the worst of the COVID-19 pandemic recedes, services at the New Orleans area synagogues will be largely returning to normal for the first time since 2019, barring the threat of a major hurricane or other serious weather event approaching or reaching the local mainland.

Observances of Rosh Hashanah 5783 and...

Defying Ukraine’s wartime warnings, thousands of Hasidic pilgrims have made it to Uman for Rosh Hashanah

UMAN, Ukraine (JTA) — As he jogged up a hill in this central Ukrainian town, a Hasidic man in a black knee-length coat flicked through a pocket prayer book. He was heading towards the one-story complex built atop a cemetery that houses the tomb of Rabbi Nachman of Breslov. And he was late for a post-morning prayer celebration that involved music — including some klezmer-influenced saxophone —...

WASHINGTON (JTA) — President Joe Biden is bringing a Jewish High Holiday celebration to the White House for the first time.

His White House is hosting a Rosh Hashanah reception on Sept. 30, Jewish Insider reported on Monday.

(JTA) — More than four months into its devastating war against Russia, Ukraine is sending a new message to the world’s Jews: Don’t come here for Rosh Hashanah.

Tens of thousands of Jews flood into Uman, a central city that is home to the grave of Rabbi Nachman of Breslov, a 18th-century Jewish luminary, annually for the Jewish new year. Even in the first year of the...

We customarily read the Book of Ecclesiastes (“Kohelet”) in conjunction with Succot: commonly, on the intermediate Sabbath of the Festival or on Shemini Atzeret… though there is no mention of this practice in the Talmud.

Rashi explains the Hebrew name of this Biblical work: “Kohelet” (from the root k.h.l., meaning “to gather”) is so called, he says, because its author “gathered together many different forms...

(JNS.org) – Thousands gathered at the Western Wall on Wednesday morning for the traditional Succot Priestly Blessing.

Present for the ceremony were Israel’s Ashkenazi and Sephardi chief rabbis, David Lau and Yitzhak Yosef, as well as Rabbi of the Western Wall Shmuel Rabinovitch.

Security and religious authorities warned ahead of time that if the Western Wall Plaza became too crowded, entrance to both the Old City and the plaza...

For Mallorca’s Jews, their first ‘public’ succah is a triumph over the Spanish Inquisition 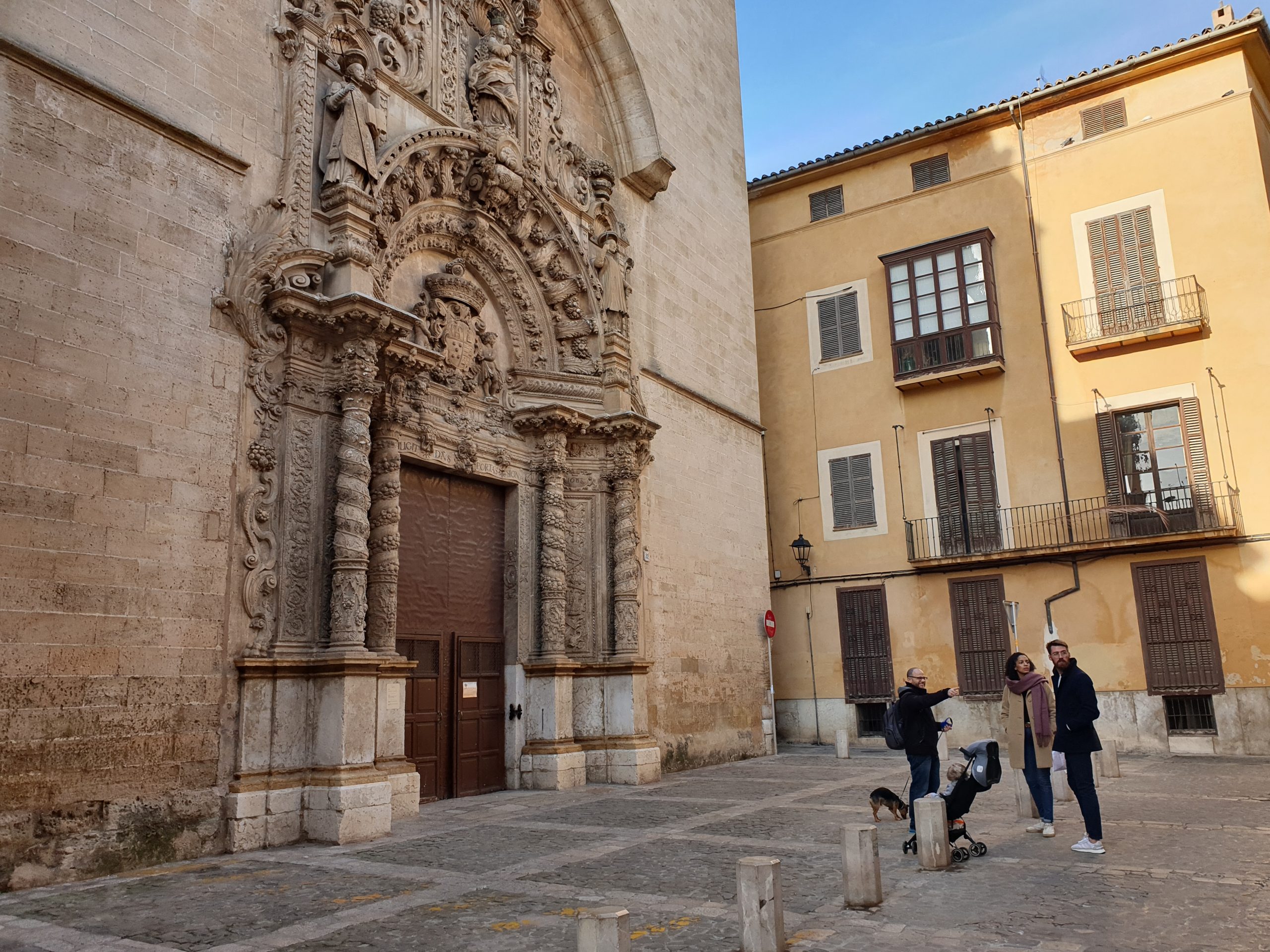 (JTA) — Before the Spanish Inquisition, the island of Mallorca had a sizeable Jewish community. Every fall, the island became dotted with the leaf-roofed huts that Jews are commanded to erect during the holiday of Succot.

But that all changed under the Inquisition’s campaign of persecution that began in 1488 (four years before it started on Spain’s mainland) and was only officially abolished centuries later in 1834.

(JTA) — Israeli troops killed four Palestinians and wounded at least 44 Wednesday in Jenin, the West Bank town that was the locus of a wave of terrorist attacks earlier this year and has been the target...