[Note: We will be on vacation Monday, October 27, and will return with our next weekly Jewish trivia quiz on Monday, November 3.]

31 years before Sandy Koufax skipped a World Series game because it conflicted with Yom Kippur, Detroit Tigers slugger Hank Greenberg made a similar decision when the Tigers played a crucial pennant race game against the New York Yankees on Yom Kippur. What was one way in which Greenberg's decision not to play on Yom Kippur was publicly noted? 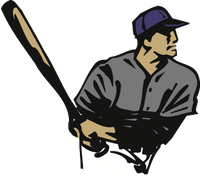 B. Poet Edgar Guest wrote a poem which read in part:
Came Yom Kippur - holy fast day wide world over to the Jew -
And Hank Greenberg to his teaching and the old tradition true
Spent the day among his people and he didn't come to play
Said Murphy to Mulrooney, 'We shall lose the game today!
We shall miss him in the infield and shall miss him at the bat,
But he's true to his religion - and I honor him for that!

C. Poet Dr. Seuss wrote a poem which read in part:
I am Hank.
Hank I am.
I do not eat green eggs and ham.
I’m a Jew,
A Jew for sure.
I will not play on Yom Kippur.

D. The Tigers lost the Yom Kippur game to the Yankees. Some very angry Tiger fans publicly expressed their feelings regarding Greenberg's decision by spray painting the walls of Navin Field (as Tiger Stadium was called at that time) with anti-Semitic graffiti.

E. Because of his professional success and his decision not to play on the holy day of Yom Kippur, Greenberg was the first athlete selected for induction into the National Jewish Sports Hall of Fame in Commack, New York.

In a recent online survey by the Israeli news and entertainment website Mako, what did slightly fewer than half of the Israeli respondents say regarding ebola? 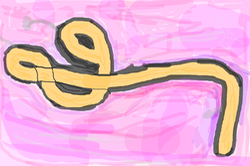 A. 48% of Israeli respondents said that they wished to give President Barack Obama an envelope with the ebola virus for his birthday.

B. 47% of Israeli respondents said that they believed the cure for ebola would come from research at the Weizmann Institute of Science.

C. 49% of Israeli respondents said that to prevent the spread of ebola, all Africans in the country should be deported or quarantined immediately.

D. 46% of Israeli respondents said that they saw the potential spread of the ebola virus by terrorists as a greater threat than the Iranian nuclear program.

E. 45% of Israeli respondents said that they included an extra line in the U-Netaneh Tokef prayer on the High Holidays - "who by ebola and who by enterovirus.”

The pitom is the extension of an etrog at the opposite end from the stem which connects it to the tree. When is an etrog without a pitom considered kosher? 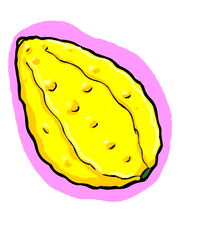 A. Only if it was accidentally broken off rather than intentionally.

B. Only if the etrog never grew with a pitom in the first place.

D. Only if the etrog is first immersed in the mikvah.

E. Only if it broke off while being carried around the synagogue during the Hakafot processional.

We end Yom Kippur with Tekiah Gedolah, the final long blast of the shofar. Which of the following animal horns can be used to make a kosher shofar?

B. The hollow horn of a cow, and the three-twisted horn of the kudu.

C. The antler of a deer, and the straight horn of the eland.

E. The horn of a giraffe, called an ossicone, and the sharp-tipped horn of the rhinocerous.

Besides Rosh Hashanah (the 1st of Tishrei), Jewish tradition notes three other New Years. You're probably familiar with the 15th of Shvat (Tu B'Shvat), the New Year of the trees. What are the other two? 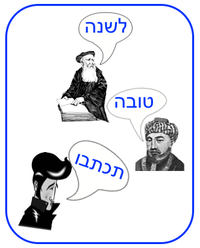 C. The 1st of Nisan, which marks the New Year for counting Pilgrimage holidays, and the 14th of Adar, which is Purim, recognized as the New Year of freedom.

D. The 23rd of Tishrei, which is Simchat Torah, the New Year of the Torah, and the 29th of Tevet, which corresponds with the secular New Year, January 1.

E. The 12th of Nevuh, celebrating the New Year of life after your son finally gets a job and moves out of the basement, and the 16th of Nissan, marking the release of the New Year models. 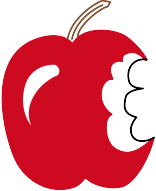 A. The company makes products for the Orthodox community. One product is ShabbatGuard, that will automatically turn off the Apple Watch a half hour before Shabbat, disabling it until one hour after sunset on Saturday.

B. In 2010, they created a security camera that is placed in apple orchards in Israel to detect thieves, as the theft of apples is common in advance of Rosh Hashanah, when there is great demand. The camera is called "Apple Watch," and Apple announced that they will be buying On-Track Solutions in order to obtain rights to use that name for their new watch.

C. The company makes software called ShekelPay, which will enable iPhones to pay for items in Israeli shekels, which is not a currency that is supported directly by the Apple Pay software.

D. Apple Pay is only designed to work with the new iPhone 6. On-Track Solutions makes a product call WAVE, which is a device that plugs into older models of the iPhone, enabling them to use the Apple Pay system to purchase goods.

E. On-Track makes software called ReverseTrack, which will replace the Roman numerals on the Apple Watch with Hebrew letters, and it will cause the hands to rotate in reverse, as Hebrew is read from right to left.

Early in Joan Rivers's career, she performed with Barbra Streisand. What did Joan comment about working with Barbra? 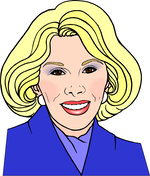 A. They performed together in a high school production of Fiddler On The Roof. Barbra played Tzeitel and Joan played Hodel. In her book, Diary of a Mad Diva, Joan wrote, "I knew right away that she had a stage career ahead of her. And I knew right away that the only way I would ever become famous is by making fun of people like her.”

B. They worked together in New York in a stage play, Driftwood, as sisters, and Joan said Barbra "was all nose.”

C. They worked together in New York in a stage play, Driftwood, as lesbian lovers, and Joan said Barbra "was all tongue.”

D. They competed against each other in a talent show at Erasmus High School in Brooklyn. In her memoir, I Hate Everyone...Starting With Me, Joan wrote, "I went on first, but when Barbra performed after me, I went to Mr. Greenbaum, the teacher in charge of the contest and said, 'I quit. I'm going to put my head in an oven.' And I never appeared on the same stage with her again.”

E. They both performed regularly in New York clubs including the Blue Angel and Bon Soir, but seldom on the same evening. Joan said that "every time I went to an audition, the management told me that they only have room for one loud Jewish girl with an irritating accent. And they didn't mean me!”

Jewish immigrants made up a large part of the early American labor movement, and Jewish women, in particular, were a significant part of the membership of the International Ladies Garment Workers Union (ILGWU). The union, driven in part by the insight of women, recognized the importance of addressing not only labor issues such as wages and safety, but also broader human issues, such as education, community, and dignity. What phrase captured this concept?

A. Avodah v’Chaim (Work and Life).

B. Bread and Roses.

D. Parnosseh iz a refueh tsu alleh krenk (A good livelihood is a cure for all ills).

E. All work and no play make Jews very dull boys and girls.

Why did the U. S. State Department bar ambassador to Israel Dan Shapiro from participating in the ALS Ice Bucket Challenge? 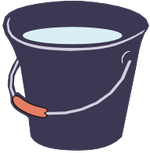 A. He was planning to participate in an Ice Bucket Challenge event that was scheduled to take place in Tel Aviv on September 11, which the State Department deemed to be an inappropriate date.

B. The Chief Rabbinate in Israel was requiring all participants to recite the "Netilat Yadayim" (hand washing) prayer before participating. The State Department's rules do not allow employees to participate in religious rituals.

C. The State Department did not want its ambassador to be taking part in an event that might be perceived as frivolous at the same time that difficult negotiations are taking place between the Israeli and American governments over the Gaza crisis.

E. The State Department has rules forbidding its employees from participating in events deemed to be "inappropriate, lewd, or indecent." As a result, they ruled that participating in the Ice Bucket Challenge was forbidden as it is a form of a wet T-shirt contest.

Shout out to the New Orleans Crescent City Jewish News, now carrying the RASHI, RAMBAM and RAMALAMADINGDONG weekly quiz on their website.

In 1961, American Nazi Party leader George Lincoln Rockwell organized a "hate ride" to New Orleans in a bus emblazoned with signs reading "Lincoln Rockwell's Hate Bus," "We Do Hate Race Mixing," and "We Hate Jew-Communism." What local event were they protesting? 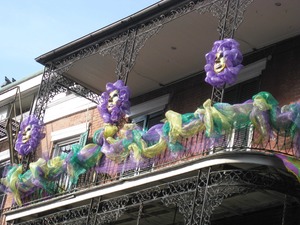 A. The New Orleans premier of the movie Exodus.

B. The appearance of Louis Armstrong at a concert held at Temple Sinai, the first time in New Orleans that a black entertainer performed in front of a mixed black and white audience in a public venue.

C. The decision by the Mardi Gras Krewe of Rex to admit a Jewish member.

D. The support of the desegregation of the New Orleans public schools by the local Jewish Federation and Anti-Defamation League.

E. The decision by Café Du Monde to obtain kosher certification for its beignets.

Sheila Katz, the national CEO of the National Council of Jewish Women, will be the keynote speaker at the Greater New Orleans Section’s General Meeting on Thursday, January 23.