Superman is often described as being Jewish, or at least being based on Jewish themes. Which of the following is NOT a part of that narrative? 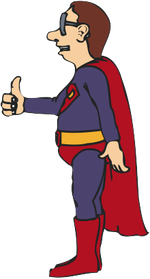 A. In order to save him, Superman's parents sent him from his home planet into space in a small capsule, paralleling the story of Moses' mother, who placed him in a basket in the Nile River to save his life.

B. Superman's mission was summed up by the words, "Truth, Justice, and the American Way," which was a variation of Rabbi Shimon ben Gamliel's statement that the world endures on three things: Justice, Truth, and Peace.

C. Superman's original name was Kal-El, which is Hebrew for Voice of G-d.

D. When Superman, as Kal-El, landed on earth, he was taken in by a kind family, the Kents, and he then lived a double life as the mild mannered Clark Kent and the hero Superman. Similarly, baby Moses was taken in by the kind Batya, daughter of the Pharaoh, and he lived an assumed life in the royal palace while later showing himself to be the hero of the Jewish people.

E. Kryptonite, the green substance that was the only thing that could harm Superman, was based on Dr. Seuss's Green Eggs and Ham.

Forty five years ago this week, Neil Armstrong and Buzz Aldrin landed on the moon. An Israeli company, SpaceIL, is competing to win the Google Lunar X prize that requires a private company to land a craft on the moon and then travel at least 500 meters. What unique technology will SpaceIL be the first to utilize?

A. The Israeli craft will be launched and guided to the moon using the technology developed by Israel to guide the missiles fired by the Iron Dome defense system.

B. Rather than navigating the lunar surface on wheels, the Israeli craft will travel across the moon's surface using the patented Etz Chaim system. The craft will rest upon a flat platform with rollers on each end that alternately furl and unfurl, thus propelling the craft forward. 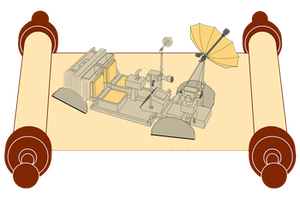 C. The Israeli space craft will navigate using SLAM technology (Simultaneous Localization And Mapping), which allows the craft to navigate in space, where GPS technology is not available.

D. The Israeli space craft will navigate using SHALOM technology (Simultaneous High Altitude Localization and Observational Mapping), which allows the craft to peacefully navigate in space, where GPS technology is not available.

E. To ensure against landing on an uneven rocky surface (a problem that almost doomed Armstrong and Aldrin's Eagle lunar module) the Israeli craft will land safely by first ejecting a protective padding upon which it will set down. The padding was designed based on bulletproof vests developed by the Israeli military.

Which of the following is true regarding Israel's Iron Dome anti-missile defense system?

A. The system was developed by Jewish engineers who fled Iran after the Islamic revolution in 1979.

B. Some of the missile's components were derived from a toy car sold by Toys"R"Us.

C. After the Israeli government rejected the original proposal for Iron Dome as unfeasible, the project developers raised the initial funding for the defense system through a Kickstarter campaign.

D. The original name for the system was the Super Dome, but this was changed when Israel was sued by the New Orleans Saints.

E. Amazon discontinued a drone delivery testing program in Israel after an Iron Dome missile destroyed one of the prototype drones.

Which of the following statements about Rabbi Zalman Schachter-Shalomi is true?

A. After taking LSD with Timothy Leary in 1962, he told Leary, "This is better than schnapps.”

B. Along with Mick Jagger, Marianne Faithfull, Eric Clapton, Keith Moon, the Maharishi Mahesh Yogi and others, he was one of the background singers seated around the Beatles during their live worldwide broadcast of the song All You Need Is Love in 1967.

D. After meeting him at the Woodstock Festival in 1969, Joni Mitchell wrote this lyric about Reb Zalman: "I came upon a child of God/He was walking along the road/And I asked him where are you going/And this he told me/I'm going on down to Yasgur's farm/I'm going to join in a rock 'n' roll band/I'm going to camp out on the land/I'm going to try an' get my soul free.” 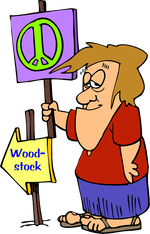 E. When he first met the Dalai Lama in 1990, he greeted him by singing, "Hello Dalai. This is Zolly, Dalai."

When Jewish player Angela Buxton and black player Althea Gibson teamed up and won the Ladies' Doubles competition at Wimbledon in 1956, what headline ran in The Times of London? 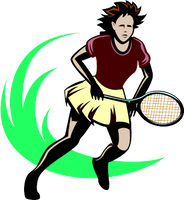 A. Ebony And Ivory.

E. We Thought Wimbledon Was A Restricted Club!

Which of the following statements about the soccer World Cup is true? 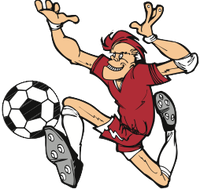 A. The only time Israel ever won a World Cup match is when Iran was scheduled to play against Israel in 2010 but defaulted rather than compete.

B. The official World Cup soccer balls are manufactured at the Palram Industries plant at Kibbutz Ramat Yochanan.

C. Superstar Lionel Messi is a Sephardic Jew who competed for Argentina in the 2005 Maccabiah Games in Israel.

D. The Chief Rabbinate of Israel has ruled that playing soccer is halachically acceptable, whereas playing American football is not, because even though both use balls made of pig skin, the soccer ball is not touched by the players' hands so kosher rules are not violated.

E. Max the lemur at the Zoological Center Tel Aviv-Ramat Gan has so far successfully predicted the winner of 7 out of 12 World Cup matches.

Which of the following statements about Eric Cantor is not true?

A. Regarding growing up in an area where Jews were a distinct minority, Cantor said, "I think it's given me a real appreciation. You know, we live in a Christian country.”

B. In describing his private school's annual Christmas pageant that Eric and all students participated in, his mother said, "They didn't do a lot of, excuse me, 'Christ-y' things.”

C. Lobbyist Jack Abramoff hosted a fundraiser for Cantor at Abramoff's kosher deli where he introduced a tuna sandwhich which he named after Cantor. Cantor subsequently requested that the eponymous sandwich be changed to a roast beef on challah, which he called "a deli special that exudes Jewish power.” 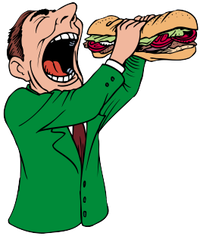 D. Oswald Gasser, a Richmond political fixture, said about Cantor, “Some people don’t like him because he is a Jewish guy, but look, I’m thoroughbred German on both sides, and if anyone was going to dislike him for that, it would be me. But everyone deserves to be represented. He goes to the Jewish church. I don’t because I’m a Baptist. It’s all right.”

E. Regarding being the only Jewish Republican in Congress, Cantor said, "It’s no big deal. I mean, it can be a bit lonely at lunch time, sitting by myself at the Kosher Republican table in the Capitol cafeteria. I’ve invited Keith Ellison and André Carson, the two Democratic Muslim congressmen, to cross the aisle and eat with me, but so far they haven’t returned my calls.”

What "Jewish" moment took place at the 2014 Tony Awards?

A. Harvey Fierstein, writer of Casa Valentina, thanked the Jewish people for allowing one resort in the Catskills to cater to cross-dressing men rather than hungry Jews.

B. Beautiful: The Carole King Musical actress Jessie Mueller thanked her producer for believing that an evangelical Christian from Chicago could play the iconic role of Brooklyn Jewish songwriter Carole King.

C. A Raisin in the Sun actress Sophie Okonedo thanked her producer for believing that a Jewish, Nigerian Brit could play the iconic role of Ruth Younger.

D. Actor Neil Patrick Harris thanked mohel Heshy Goldstein for botching the sex change operation that was the basis for the story of Hedwig and the Angry Inch.

E. Host Hugh Jackman appeared in full beard as he prepares for his opening as Tevye in the upcoming revival of Fiddler on the Roof.

What book is read on Shavuot? 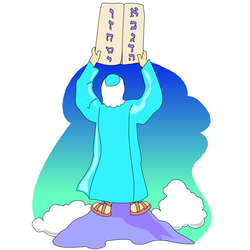 A. The Book of Lamentations.

B. The Book of Ecclesiastes.

C. The Book of Esther.

D. The Book of Ruth. 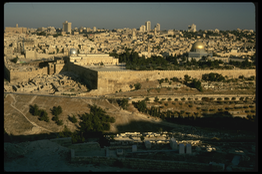 With hundreds of thousands of area customers still without power due to the passage of Hurricane Zeta, Entergy and CLECO crews from across the region fanned out to restore electric service. But efforts could last several more days, officials warned.