(JTA) – A far-right party that follows the tenets of the banned extremist Kach and its late leader Meir Kahane will form an alliance with another small right-wing party to run in Israel’s March election aiming to enter parliament.

Jewish Power, or Otzma Yehudit, which supports expelling Arabs from areas that fall within the Bible-era border of the Land of Israel, and Jewish Home announced Friday that they will run...

Israel will hold unprecedented third election in under a year

JERUSALEM (JTA) — Maybe the third time will be the charm.

Israel will hold an unprecedented third election in less than a year after lawmakers failed to form a government coalition by Wednesday night.

The date of the next election is set for March 10. That makes it fall on the holiday of Purim — lawmakers are expected to stay through the night to negotiate moving the election date, however.

Israel is headed back to elections, says Lieberman

(JNS.org) – Yisrael Beiteinu Party leader Avigdor Lieberman said on Tuesday that Israel is headed to its third round of elections this year.

“Elections are coming,” Lieberman told the Yedioth Ahronoth daily in an interview. Unity talks had reached a dead end, he said, and he had decided against empowering a narrow government, because “the combination of dramatic defense and economic decisions and a narrow government is likely to...

JERUSALEM (JTA) — Israel may be headed to its third election in the span of one year. But then again, it may not be.

Benny Gantz, head of the centrist Blue and White party, informed Israeli President Reuven Rivlin on Wednesday that he could not form a governing coalition. Gantz had been given 28 days to try to form a government — and his deadline was Wednesday...

(JTA) — Naftali Bennett, head of the New Right party, has been appointed Israel’s defense minister while agreeing to have his party join with Prime Minister Benjamin Netanyahu’s Likud to form a single Knesset faction.

Netanyahu, who heads a caretaker government pending coalition talks following the September general election, appointed Bennett on Friday, the same day of the joint agreement on their parties, Ynet reported.

Netanyahu failed in his bid...

Gantz’s empty mandate may lead back to Bibi 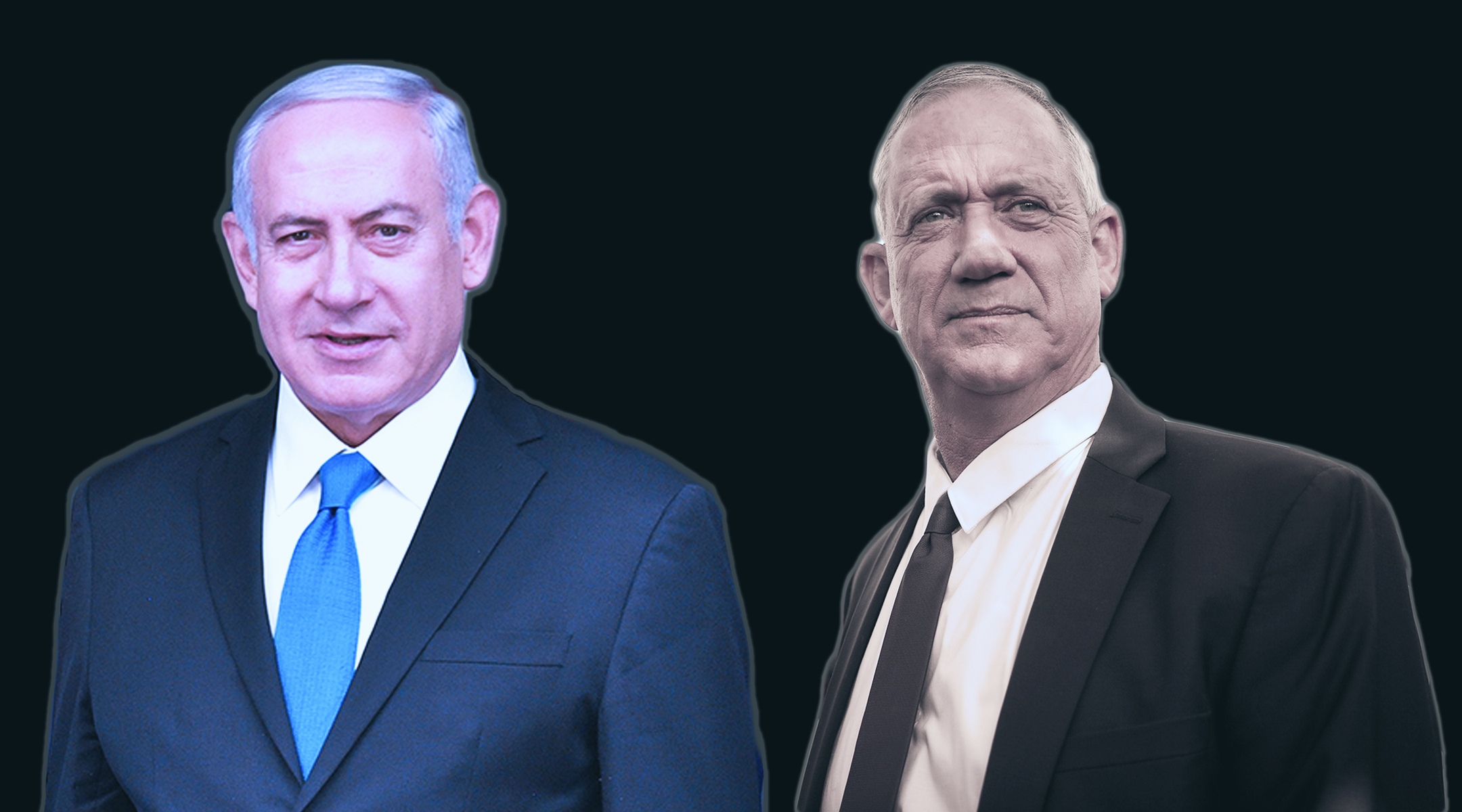 (JNS.org) – History has been made in Israel as, for the first time in a decade, someone other than Benjamin Netanyahu will be tasked with forming a government. Sort of.

On Wednesday, President Reuven Rivlin gave the coveted mandate to challenger Benny Gantz, leader of the Blue and White Party, after Netanyahu and his Likud Party failed to form a government for the second time after...

Rivlin to task Gantz with forming government in official handover

Rivlin will give the mandate to Gantz, head of the Blue and White faction, on Wednesday evening at the President’s office in Jerusalem, a statement from Rivlin’s office said.

The charge comes after the director-general of the president’s office, Harel Tubi, on Tuesday contacted the heads of all the factions in Knesset to inform...

In a video posted to Facebook on Thursday morning, Netanyahu said he presented Gantz with a compromise plan to establish a unity government. A statement from Netanyahu’s Likud party said the proposal calls for...

JERUSALEM (JTA) — A meeting between Prime Minister Benjamin Netanyahu and Avigdor Liberman, who prevented Netanyahu from forming a coalition government following elections in April, lasted for less than an hour and failed to make progress toward forming a unity government.

“Netanyahu offered Lieberman to join the government as soon as possible, to enable the formation of a national unity government,” the prime minister’s Likud party said in a statement....

Most Israelis want Orthodox parties out of government, survey says

But a majority of Jewish voters is clear on one thing: They want their next government to be less religious than it is now.

A new survey by Hiddush, an Israeli organization that supports religious pluralism, shows that 57...