Ever since comic books became vehicles for artistic expression, Jews have been at the forefront of its genesis and been responsible for creating the most popular and wildly successful franchises that have earned billions at the box office. But despite the large number of Jews associated with the comic book industry, only a few ever achieved the big paydays one would assume they made as a result of their creative talents. 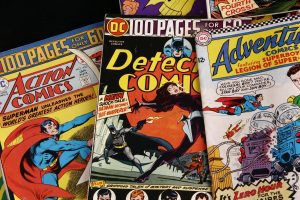 Jewish influence in the comic book industry. (Photo courtesy of the Museum of Jewish Heritage)

Often the victims of discrimination and prejudice within the publishing industry, Jews like Cleveland high schoolers Jerry Siegel and Joe Shuster, found success with their answer to Adolf Hitler and the concept he bandied about of the Aryan race being superior. Their response was the alien “Superman,” a Jewish pushback to Nazism wrapped in the patriotic flag of American nationalism.

Bob Kane, another Jewish comic book writer, animator and artist, followed a short time later with his dark figure of The Batman, another creation that has enjoyed success at the box office and on TV for decades.

The explosion of Marvel Comics’ popularity began in the 1960s under the supervision of editors Stan Lee and Joe Kirby, resulting in the most successful franchises involving The X-Men, Spider-Man and a loose association of Marvel superheroes, The Avengers.

In more than just a few instances, the creative teams were composed of Jewish artists, writers and animators, piquing the interest of scholars who beg the question: “Why?”

“The Jewish Multiverse: Judaism and Superheroes” was explored on Thursday night in a live streamed conversation between biographers and creative staffers that was shared through the facilities of the Museum of Jewish Heritage – A Living Memorial to the Holocaust in New York and the Society of Illustrators.

Two of the featured speakers on Thursday night’s program spoke with the CCJN prior to its airing. 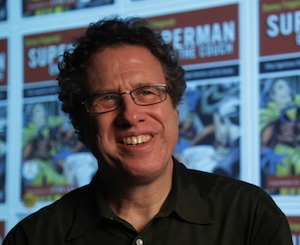 Danny Fingeroth worked mainly at Marvel Comics under Stan Lee hired to be a part of the Spider-Man franchise, but also did a few stories for competitor DC Comics. “I went to work at Marvel starting in the late Seventies and was assistant editor to Stan Lee’s brother, a guy named Larry Lieber, who also created Iron Man, and moved through the ranks there,” he told the CCJN.

Eventually, he was the editor in charge of the Spider-Man company. According to Fingeroth, it was “a company within a company.” Later he went to work on internet comics, but in more recent times has become an historian on comics and a noted biographer.

“I’m not an academic with a specific degree,” he noted, But his body of works now include treatises on superheroes and their affect on society at large: “Superman on the Couch: What Superheroes Really Tell Us About Ourselves and Our Society” and “Disguised As Clark Kent: Jews, Comics and the Creation of the Superhero.” His biography of his former boss, “Stan Lee: A Marvelous Life” is considered one of the best written to date.

Margueritte Bennett, a female comic book writer, whose own life struggle for sexual identity was inspired by the superhero women she admired, was also a panelist. Although not Jewish, she claimed many of the women she has had as partners were Jewish and, because they brought her close to their religious practice, she claims to have an affinity for Judaism.

Serving as moderator on the talk tonight was Abraham Riesman, whose biography on Stan Lee was recently released. “Abraham and I wrote the two major biographies on Stan Lee, so we have sort of a friendly rivalry,” Fingeroth stated. “Someone put us on a podcast and was disappointed that we didn’t fight more.”

But Stan Lee is a major figure in the comics world and was one of the few creators and editors behind the superheroes who became vehicles for box office bonanzas and actually realized profit from it. “Stan started so young he almost embodies the Jewish-American story in comics,” he noted. 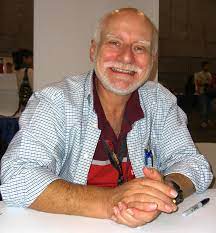 Yet, others like Chris Claremont, who also spoke with the CCJN,  is credited with popularizing the X-Men franchise, but never saw the payday Lee and a few others enjoyed, even though he labored on the comic for 17 years. “The Left Coast (Hollywood) has no interest at all in the people who created the original material,” he mused. “It’s on the very, very rarest of occasions, but that’s the reality of Hollywood since year one for everyone.”

Claremont, who has some Jewish ancestry, started with the Uncanny X-Men with the second issue of “The New X-Men” in 1975 and it was under his leadership that the franchise became the most successful in Marvel Comics history. “The one seminal distinction between it and every other comics Marvel was producing at the time was that the X-Men were brand new. They were fresh out of the box. Nothing had been established. Therefore, we were free to go in any direction we’d like,” he explained.

As a result, both Claremont and his fellow writer Dave Koppel decided to explore the origins of Magneto in terms of the Holocaust and his being established as a survivor, not “a melodramatic psycho.”

Claremont posed the questions that sought to explain his character’s raison d’etre. Claremont, who lived in a kibbutz in Israel while attending college, stated that from his own history and what he learned while in Israel, it was “a perfect metaphor.” Born in England, Claremont also said he knows the feeling of being an immigrant and disenfranchised from the greater whole. This is a common trait expressed by superheroes, who cannot easily assimilate into the larger society.

Here is the recording of the talk.