Off the Pulpit: How Serious Is Your Problem?

Years ago I read a brilliant anecdote about George S. Kaufman, prize winning playwright: On the TV show “This Is Show Business” the youthful singer Eddie Fisher complained that girls refuse to date him because of his age. This was Kaufman’s reply: 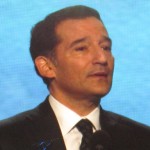 Now and then when I complained of something trivial my grandfather would say “THAT you call a problem?” Part of maturing is calibrating our complaints, learning which are significant and which aren’t.

Of course some problems will disappear as we get older: Fisher eventually married five times, including to Elizabeth Taylor.

WENDY SCHORNSTEIN GOOD, a woman who left behind a successful career as an attorney to follow her life’s passion as a supporter of local musicians and as a photographer cataloguing the culture of the New Orleans Mardi Gras Indians, lost...
Continue Reading ⇒