By RON KAMPEAS and NEIL RUBIN

WASHINGTON (JTA) – Proponents of using economic pressure to force Israel out of the West Bank may have lost a key battle this week — by a hair’s breadth — but they have no intention of giving up. 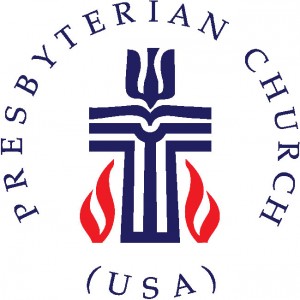 That’s the message from backers of a divestment motion at the General Assembly of the Presbyterian Church (USA), which late Thursday night rejected a proposal to divest from companies selling equipment to the Israeli military in the West Bank.

The 333-331 vote, with two abstentions, at the church’s Pittsburgh gathering was the closest that the Boycott, Divestment and Sanctions movement — aimed at undermining Israel’s occupation of the West Bank — has come to a victory in a major American religious denomination.

Friday morning also saw the defeat, by a substantial margin — 403-175 — of a resolution that would have likened Israel’s West Bank presence to apartheid. But a boycott resolution targeting only products manufactured in the West Bank did pass, 457-180. Delegates also approved by a 70-vote margin a resolution supporting investment in companies that help build the West Bank economy.

“We are concerned, but think it’s unproductive,” Ethan Felson, vice president of the Jewish Council for Public Affairs and the agency’s point person on interfaith relations, said of the vote to boycott West Bank products.

However, the main focus of the proceedings and their aftermath was on the divestment issue. Its Presbyterian and Jewish advocates vowed to press on.

“It appears that church commissioners were swayed by a fear that divestment would cause irreparable harm to Jewish-Christian relations,” said the Rev. Katherine Cunningham, the vice-moderator of the church’s Israel/Palestine Mission Network (IMPN), which recommended divestment. “In reality, the divestment motion was supported by a broad alliance of Jews, Christians and others who believe that nonviolent means such as divestment are an effective way to pressure the Israeli government into abiding by international law and respecting Palestinian human rights.”

The IPNM “will continue its efforts to alleviate the suffering of Palestinians and to help bring peace and justice to Israelis and Palestinians alike,” she said.

The Presbyterian Church (USA) had voted in 2004 to approach corporations that they said were aiding Israel’s occupation of the West Bank, asking them to reconsider business with the Jewish state. The effort, which held back initial calls for divestment, was reaffirmed in 2006, 2008 and 2010.

Felson called the vote against divestment a victory even though it was closer than previous votes in other religious movements. Most recently, in May, the Methodist Church defeated similar divestment proposals by a 2-to-1 margin.

“This is a major milestone that despite the full-court press from the denomination’s main institutions, when presented to the rank and file, divestment doesn’t fly,” said Felson, who was at the convention lobbying church leaders to tone down the resolution.

While divestment is now off the table for the church, more efforts targeting Israel should be expected, said the Rev. John Wimberly, co-moderator of Presbyterians for Middle East Peace. He also cautioned that the vote should not be seen as approval of Israel’s policies.

“The fact is there was an overwhelming consensus that the Palestinians are in a very bad place and we want to help them,” he said.

“The anger from the pro-divestment crowd towards Israel is not over,” added Wimberly, who opposes divestment. “As long as there are Israeli troops on the West Bank, there are going to be different ways in which that’s tackled. We don’t know what this will be, but we know it’s not going to be divestment moving forward.”

The letter followed an earlier one signed by 1,300 rabbis and sent to the church that called on Presbyterians to deepen their “understandings of the multiple narratives in the region” and “focus on positive steps including economic development, Palestinian state building, and a return to negotiations.”

Americans for Peace Now and J Street each called on the church to reject the divestment resolution, even though both groups oppose Israel’s occupation of the West Bank.

Rachel Lerner, the vice president of J Street’s education fund, said it was the means of divestment, not the end goal, that J Street opposes.

“This should not have been and this was not a choice about whether you support settlement expansion or peace in the region,” Lerner said of the Presbyterian vote. “This was a decision over a tactic, and that was what we wanted to emphasize.”

Most Jewish groups welcomed the rejection of divestment, and expressed the hope that Thursday’s vote put the matter to rest.

However, Jewish Voice for Peace, which supports BDS and has been labeled by the Anti-Defamation League as one of the top 10 anti-Israel groups in the United States, said it would not be dissuaded by the narrow loss of the divestment proposal.

“This is a historic moment in the struggle for dignity and justice, and I commend the PC (USA) for getting us this close to holding corporations accountable for profiting from the occupation,” said Rabbi Alissa Wise, the director of campaigns for Jewish Voice for Peace.

The group, which includes Jews and non-Jews, sent members to Pittsburgh for the convention and lobbied on behalf of the resolution.