Just as the buzz about the midterm elections was building to its highest levels on Monday, Jewish Federation of Greater New Orleans board chair Brian Katz quietly announced the selection of Robert French as the organization’s next CEO. 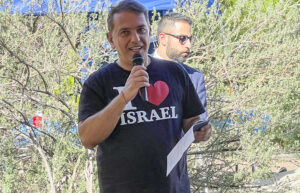 The appointment caps a more than three-months long process by a search committee of interviewing candidates on a national basis following the announcement by current Federation CEO Arnie Fielkow that he was retiring at year’s end.

French, the current executive director of Jewish El Paso and the Jewish Community Foundation, has been in that position since 2018, following a 29-year career working for two large synagogues – the Stephen Wise Synagogue in Los Angeles and Temple Israel in New York City.

French has been credited with rebranding Jewish El Paso, the Jewish outreach between the cities of El Paso, Texas and Las Cruces, New Mexico. His current position combines the functions of what in New Orleans would be both the Jewish Federation CEO and the executive director of the Jewish Endowment Foundation of Louisiana (JEF). In New Orleans, JEF is one of five constituent agencies that operate independently, but receive guidance from Federation. The others are the Jewish Community Center, Tulane Hillel, Jewish Family Service and the Jewish Community Day School.

A native of London, England, French followed up his graduation from Manchester Metropolitan University by immigrating to the United States to study business administration at the University of California Northridge and California Coast University.

Soft-spoken, a slender British accent indicated his country of origin in an exclusive phone interview with the CCJN on Friday, Nov. 11, where he explained why he was interested in the position.

“It wasn’t just the opportunity so much as our values were in sync,” French said. “”We had so much in common. Their values matched my values. I was drawn by their mission statement. There were real action words in it. It was unique.” 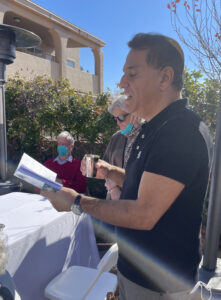 French said he was impressed with the New Orleans Federation’s expressed need to act locally and globally. He admired their written strategic plan.

“It was so forward thinking. The community has young families moving in, too. People are moving to New Orleans; these are all things that resonate with me,” he confided. “I’m an immigrant myself to the United States.  I understand what it means to be a stranger in a strange land. I’m also someone who looks at the synergy between partners in forming relationships. These are all so important to me and they are all priorities for this board and this Federation.”

French noted that the Jewish Federation of Greater New Orleans has established a stature and outstanding reputation in the outside Jewish world. “It punches way above its weight,” he said.

Much of this he credits to Fielkow and the board and staff he has put in place. “I look forward to building on what he’s done,” French added.

“Offering interfaith and cultural outreach is so important connecting families to Jewish and other faith observance,” French said. “These are really important pioneering ways to outreach and engage people and it’s adapting to how life is currently,” he mused.

French is an avowed supporter of the State of Israel and was a co-chair of StandWithUs, the non-partisan Israel education organization, when he lived in New York for nine years. He understands conversational Hebrew, but admitted he is not entirely fluent. However, he did indicate he is most familiar leining (reading) from the Torah. 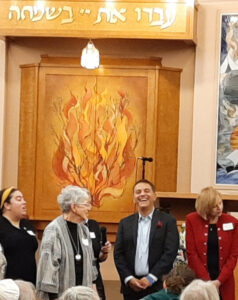 In his opening remarks to the Jewish community, French invoked scripture. “In next week’s Torah portion, Vayera, we read about Abraham welcoming visitors to his tent, teaching us the importance of hachnasat orchim, of welcoming guests,” he wrote. “One of the central roles of our Federation is to build community, to welcome the newcomer, to engage our partners, and to secure the Jewish future in Greater New Orleans and beyond. I have already felt the warmth, camaraderie and hospitality of your leadership and look forward to engendering this value into our diverse and dynamic community. I am thrilled to become Jewish New Orleans’ newest resident.”

A lover of music, French enjoys playing piano and guitar and professes to be an avid reader. He owns two Havanese dogs, Fidel and Gatsby. The rare breed of bichon-type toy dogs are considered the national dogs of Cuba.

In making the announcement, Katz noted he looks forward to introducing French to other community members. “Robert is a thoughtful, caring and engaging leader who we believe will be able to connect with everyone in the community,” he wrote.

French indicated he will be in attendance on Wednesday, December 7, the date set for the Campaign Celebration gala at the Audubon Tea Room. The event will serve as both his introduction and as a send-off for Fielkow.

Although he will be in New Orleans starting in January on a part-time basis, French’s first official day on the job as Federation CEO is February 1, 2023.