Jews in the News

A first kiss, then marriage: Two rabbis-to-be tie the knot at a fun-filled California wedding

(JTA) — Zoe Dressner and Margeaux Wolberg had just one month free between graduating from college and when they were due in Jerusalem to begin rabbinical school. So, they figured, in addition to packing, finding an apartment and nailing down the logistics of a 6,000-mile move, why not get married?

At 23 and 22, respectively, the women are much younger than the average college-educated brides — but the...

Eating grasshoppers for Israel: On the bus with the army of pro-Israel TikTok influencers

(JTA) — A group of fired-up 20-somethings crush together in the aisle of the bus, singing at the top of their lungs, “WE’RE GOING ON A FIELD TRIP!,” while pouting for the dozen or so iPhones set to selfie mode.

It’s 7 a.m. and far too early for this level of pep. But pep is the name of the game in the influencer business, and this group...

(JTA) — Among the most challenging decisions Lili Rosen had to make while translating a children’s book about sexuality into Yiddish was what name to put on the cover.

When Rosen began work on “You Be You” in March 2020, she wasn’t yet Lili. She had a long resume of translation and cultural consulting work, including on the Netflix hit show “Unorthodox” and Seth Rogen’s “An American...

‘Quite simply a mensch’: Meet Rabbi Charlie Cytron-Walker, freed after hostage crisis at his synagogue

(JTA) — Over the course of a harrowing 12 hours on Saturday, the entire world found out just what the Jews of Colleyville, Texas, think of their hometown rabbi.

“Our rabbi is a wonderful human being,” Ellen Smith, who grew up at Congregation Beth Israel, said about Rabbi Charlie Cytron-Walker during an online vigil while he was being held hostage inside the synagogue building.

In a big year for his family, Doug Emhoff picks putting mezuzah on VP house as a top memory

(JTA) — When Doug Emhoff, the husband of Vice President Kamala Harris, picked a favorite memory from the last year for a reflective Thanksgiving-themed tweet on Thursday, he didn’t turn to the day in January when his wife was sworn in or mention their first diplomatic trip together this week.

Instead, he shared pictures from the day his family affixed a mezuzah on the doorframe of the...

The new chair of Yad Vashem wants to build a ‘firewall’ between politics and Holocaust remembrance. Can he?

(New York Jewish Week via JTA) — For much of its history, Yad Vashem, Israel’s Holocaust authority, tried to steer clear of political controversies as it went about creating a lasting memorial and research center dedicated to the Nazi genocide of 6 million Jews.

Could Mayim Bialik wind up hosting “Jeopardy!” solo? The possibility is reportedly on the table.

(JTA) — Two weeks after Mayim Bialik said being selected to host primetime specials of “Jeopardy!” was “beyond anything I ever imagined could happen,” the Jewish actress is taking on an even more prominent role on the beloved game show.

Bialik is hosting the first three weeks of the regular season after Mike Richards, the producer originally selected to succeed Alex Trebek, stepped down on Friday amid...

10 Jewish facts about ‘Jeopardy!’ host Mayim Bialik you should know

In case you missed it, Jewish actress and neuroscientist Mayim Bialik is officially a new host of “Jeopardy!” She will be hosting primetime and spinoff versions of the beloved game show — including ABC’s recently announced college championship.

Bialik may be best known for the memorable characters she’s played, including Amy Farrah Fowler in the “Big Bang Theory” and Blossom in the beloved ’90s sitcom by the...

(JTA) — Many of Twitter’s cryptocurrency zealots are often notorious trolls, but one particular thought leader stands out from the rest. He happens to be a rabbi.

“Twitter people either use it to scream at each other and not be nice, which I don’t like,” says micro-influencer Rabbi Michael Caras, also known as @thebitcoinrabbi. ”I enjoy connecting with my two communities through Twitter, both Jewish Twitter and... 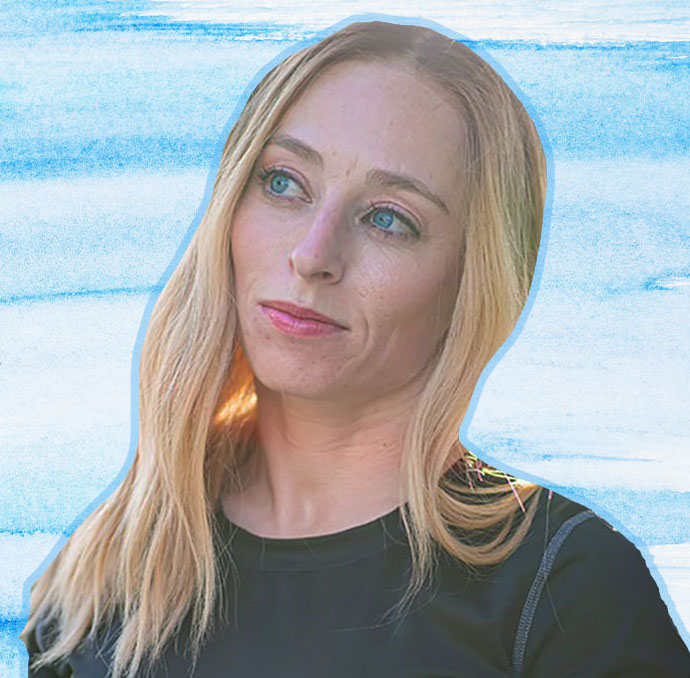 (Kveller via JTA) – If you’re in need of inspiration today, look no further than Orthodox mom of four Liba Yoffe, who is competing in the current season of “American Ninja Warrior.”

Yoffe, 35, is the apparently first Orthodox Jewish woman to participate in the popular fitness competition — now in its 13th season on NBC — which pushes its athletic contestants to their limits with incredibly difficult...

(JTA) — Volodymyr Zelensky, the Jewish president of Ukraine, was named Time’s “person of the year” on Wednesday for galvanizing “the world in a way we haven’t seen in decades,” in the words of...