OP-ED: Making a dash to drop the dash

Since the inception of the Crescent City Jewish News, the term “anti-Semitism” has in most cases been written with a dash. It was the preferred spelling used by almost all major Jewish news media and, in accordance with the JTA news service and others, became a part of the accepted style of the CCJN website. 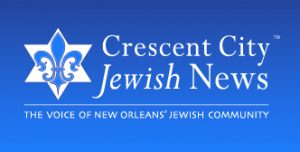 However, in the intervening years, many Jewish scholars, especially the International Holocaust Remembrance Alliance (IHRA) and the Institute for the Study of Global Antisemitism & Policy (ISGAP), have begun to favor the alternative spelling of “antisemitism” as being more accurate. The unfortunate rise of threats and, ultimately, killings and physical assaults towards Jews in this country and elsewhere around the globe have made others begin to favor the term “antisemitism” instead.

The reason, they claim, is the hyphen or dash sets up a false narrative of a “Semitic” people, a term first utilized by a German historian in the 18th century to describe all Middle Eastern people. Yet, the diverse makeup of people in that region of the world reveals they do not share a common language or history.  One could, therefore, be against the Jews, but be part of a common “Semitic” people.

While there has always been anti-Semitism, there has never been Semitism. It is easy to see that those who are, in fact, at odds with the Jewish people could use this false narrative to remove the historical connection of Jews to the lands they have occupied for millennia.

The Anti-Defamation League has also begun to use the more accurate term “antisemitism” in its rhetoric and publications. They cite the pseudo scientific use of the term “Antisemitismus” by a German journalist as a means of falsely describing those who oppose a Jewish “race.” We all should know this became the basis for persecution of Jews, leading to the rise of the Nazis and the propaganda machine of Josef Goebbels and Adolf Hitler, which culminated with the Holocaust.

The use of the term without the dash has become more popular and is even favored by recent Biden appointee  Deborah Lipstadt as the Special Envoy to Monitor and Combat Anti-Semitism. Perhaps she will work on removing that dash from her title.

Similarly, the CCJN today announces a new policy in which we will strive to use the term “antisemitism” in our future articles with the exception of where a source is being quoted from a publication or periodical.

We hope one day not to have a reason to use the term, but in the meantime we are making a dash to drop that dash.

(JTA) — Israel announced a temporarily entry ban for foreigners arriving from Africa following the detection of a resistant coronavirus variant that is sparking global concern.